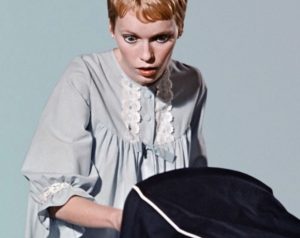 Possibly the best horror film ever made, this brilliant adaptation of Ira Levin's best-selling novel is the story of a loving young New York City couple who are expecting their first child. Like most first-time mothers, Rosemary (Mia Farrow) experiences confusion and fear. Her husband (John Cassavetes), an ambitious but unsuccessful actor, makes a pact with the devil that promises to send his career skyward. Director Roman Polanski elicits uniformly extraordinary performances from the all-star cast. Ruth Gordon won an Oscar. for her performance as an oversolicitous next-door neighbor in this classic chiller.